Cessford is a hamlet of Eckford parish, NE Roxburghshire standing on the right bank of Cessford Burn. The name means the ‘(wattled) causeway over the ford’, derived from the Gaelic ‘ceis’, meaning ‘wattled causeway’. In Bob Lawson’s book on the Kerrs of Ferniehirst 1205-1692 the Cessford dynasty was born in 1357 when John Ker of Selkirk forrest was granted the lands of Auldtonburn (known as Attonburn) by John De Copeland.

Cessford castle was built by Andrew ker c. 1450 (abandoned around 1650 and later used to build Floors castle) and as was common a village sprang up beside the castle for trade and safety. The ‘locals’ were known as “William of Cessford” or “James of Cessford” etc. Once a poll tax was levied the people needed a last name. Many dropped the ‘of’ and a group of people with the Cessford surname were on the ledger. 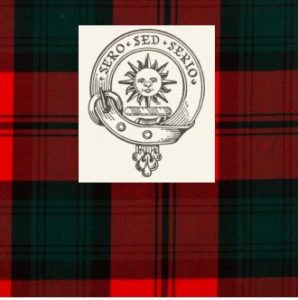 Originating from the middle marches, the Cessfords are a sept of the Kerr Clan, whose history is well documented. According to the Border Reiver UK website, these locals being so close to the border would undoubtedly be caught up in reiving activities. They also suggest that some Kers are likely to have intermarried with the villagers of nearby Cessford village (west of the castle). In theory anyone with the Cessford surname could be related the Duke of Roxburghe.

The Cessford information was provided by Paul Cessford and it is by his authority and permission that the Border Reiver Heritage Society is allowed to publish this.